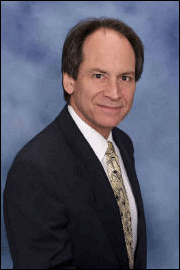 He qualified for Beta Gamma Sigma, the National Management Honor Society, in both undergraduate and graduate business schools. He has consistently held an AV Lawyer Peer Review Rating, the highest rating in legal ability and ethical standards, from Martindale-Hubbell® and is admitted to practice law in California, New York and Massachusetts and in the Federal Courts, including the United States Tax Court, the United States Court of Federal Claims, and the United States Supreme Court.

After graduation from law school, Mark worked as a staff attorney for the IRS District Counsel's Office in Los Angeles, where his duties included representing the IRS in the United States Tax Court, advising the Department of Justice in tax refund suits, and reviewing proposed action of the IRS in civil and criminal matters.

On leaving the IRS, Mark joined a business law firm providing general business, tax and real estate law services. Five years later, he left the firm and formed his own practice, continuing to focus on business contracts and transactions and resolution of tax disputes.

Mark has since practiced in partnerships, in solo practice and in-house.